Fighting over an orange

There was a mother who had two children. One day, these two children were fighting over the last orange. They both wanted it, but there was only one.
The mother weighed how to mediate in the fight, she could:

Instead, the mother calmed both of them and asked them why they wanted the orange. It turned out one of them wanted an orange juice, and the other wanted an onion peel to bake muffins.

The solution became evident and the mother had successfully solved the problem. Both children were happy with the output.

I believe when there is a conflict, it usually is due to lack of understanding of the global situation. If both parties instead of venting, fussing and complaining about the lack of collaboration of the other party, calm down and aim to understand all the pieces of the problem at hand with the good will to find the best solution for all instead of overpowering the other, usually, an obvious win-win solution appears.

For this sometimes an independent third party can step in to mediate. If this party mediates, the goal will be to find this win-win. If this third party arbitrates, usually the outcome will be imposed, and not be satisfactory for both, or for any. 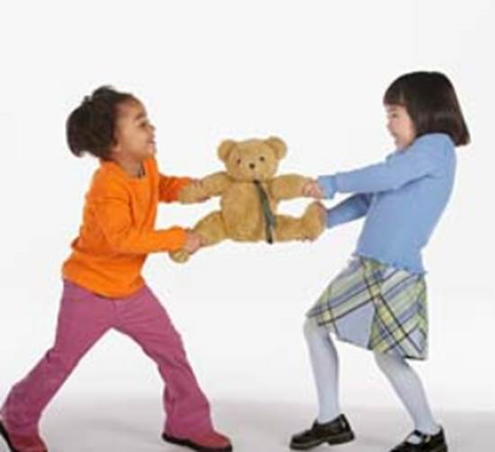