To learn certain lessons a price must be paid. Eggs may have to be broken.

Ten years ago, I started my MBA in Instituto de Empresa, a Spanish business school. The first weekend we had a kind of offsite, to get to know each other and start working together in a fun way.

In one of the exercises, each team was given one raw egg, 10 straws, 1 meter of duct tape and scissors. We had one hour to invent a way for the egg to be dropped from two meters and not break.

Being an MBA student I was obsessed with the idea of leadership, I took charge and convinced my team to choose my idea over the others: we would build three layers of straw protection around the egg, the air inside the straws would surely protect the egg from breaking when hitting the ground.

We worked for one hour cutting the straws, putting them together with duct tape, and carefully ensuring the egg was fully covered with this air cushion. All under my upbeat leadership, guidance and weeding out of the other, lesser ideas.

Time was up, it was go time, I stood in front of the whole class, with my team backing me and let the egg fly, sure that we would triumph where others had fallen.

Splat. The egg broke making our structure look like something an intellectually challenged three year old would have thought of, totally ignoring my leadership. I had imposed my leadership on the team, imposed my idea on the team, and led them to jump off the cliff. All with a smile on my face, nice manners, and convincing words.

I was hit with a realisation I have still not forgotten:

I have the utmost respect for knowledge, I believe knowledge should be in the lead. When I hire members of my team, expert knowledge is the key driver.

If you see a man having a heart attack on the street, you may have the best leadership attitude and jump in trying to save him, but if you don’t know CPR the man will die. A bad leader will pretend to know CPR until the man is dead. A good leader will call someone who knows CPR. An amazing leader, a Leonidas, an Achilles, a John Mclane, an Optimus Prime, the stuff legends are made of, will know CPR. 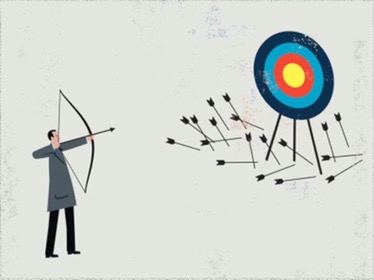 One thought on “Leadership and CPR”